3 Steps to Powerfully Beginning the New Year (and Ending the Old!)

New Year’s Eve 3-Part “End and Beginning” Process…Another Piece in the “Game of Inner Leadership.
During a recent teleclass with a multimillionaire mentor of mine, the discussion came up on how to release the old year, and move less-encumbered, and powerfully into the new year.  Two steps were described in the call, and I was inspired.  The steps involved celebrating the achievements of the old year, and embracing the intended achievements of the new year.  In considering this approach, however, I realized that there was a step missing—the step of releasing the things that don’t serve us well, that keep us stuck or hold us back.
In that light, I offer to you my 3-Part “Out with the Old (Times Two), and In with the New” process.
Part One:
First of two steps for Ending the Old Year.  Light a candle (I use a stubby, nearly-used-up candle, symbolizing the end of the year).   Make a list of the things that you are doing, being, or carrying around in your head that aren’t in your best and most powerful interest.  These could be resentment, criticism, complaining, anger (at whom or what?), fear (of what?).  Be as specific as possible—but try to limit this to 10 items.  Read these aloud, prefacing each with “Because I honor myself, I release_____  to the past.”
Then, with a vow to release these to the past, and to honor yourself, burn this list, watching the ashes and smoke carry them away.  (Mary Morrissey suggests writing these things on rocks, and tossing them into the ocean or river, watching your weaknesses and flaws being washed clean, or being carried away).
Part Two:
Second of two steps for Ending the Old Year. Make a list of at 10 things you achieved in the past year.  Then, read each achievement aloud, celebrating each achievement as you go.  This can be done with a whoop, a shout of “Yes!”, a “high five”, a “woo-hoo!”,  a “yippee!”, an “I’m the best!” a “happy dance” or whatever works best for you (maybe all of the above!).  Whatever it is, celebrate what you HAVE done!  This is essential!
Then, blow out the Old Year candle.
Part Three:
Beginning the New Year
Make a list of what you will achieve in the new year.  Light a candle (I use a new candle, symbolizing the bright new beginning of a year).  Read each intended achievement aloud, asking God or the Universe for clarity, blessing, and guidance.  Again, celebrate! –this time for new beginnings!
You may want to fold this list, and hold onto it until the end of 2011.
Blow out the candle or let it burn while you usher in the new year!
NOTE:  I suggest taking a few minutes ALONE to compose each list before you go through the steps above…this will keep you from feeling rushed and from having anyone else’s input.  Remember, these are YOUR lists!  If there’s a trusted person you would like to share the “candle moments” with, that’s perfectly lovely—but make sure that they will be sharing their lists as well at that time, and that they’re a fully supportive and trusted ally.
I celebrate you, I wish the best and greatest for you, and hope that 2011 is your best year ever!
Onward and Upward!
Many Blessings,
Lynnea 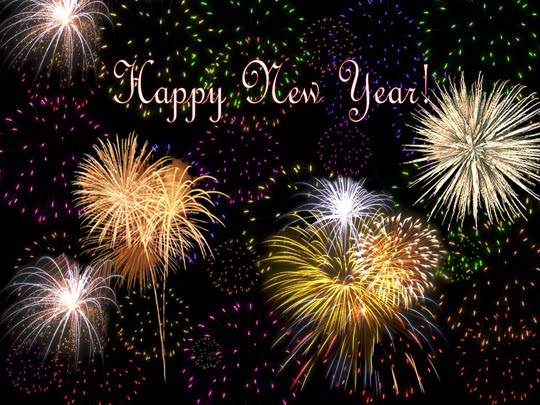