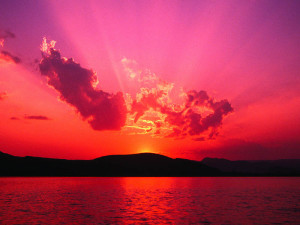 Do you ever wonder why such a small percentage of people truly experience the success they want?  I think that we all know gifted people who somehow never attain what they say they want, never actualizing the talents, intellect and advantages with which they may have been gifted.  Inversely, there are numerous stories of people who start with very little, and achieve much more than anyone would have expected.
Why is this?  Here’s one reason, according to Napoleon Hill–“The majority of people never discover the difference between wishing and believing; nor do they recognize that there are six steps which people usually follow in using their mind-power for the attainment of their desires.”   These steps are:
First: The vast majority of people go through life by merely wishing for things.  The percentage of people who stop at wishing is estimated at 70%.

Second: A much smaller percentage of the people develop their wishes into desires. These are estimated at 10%.

Third: A still smaller percentage of the people develop their wishes and desires into hopes. These are estimated at 8%.

Fourth: A still smaller percentage of the people step their mind-power up to where it becomes belief. These are estimated at 6%.

Fifth: And yet a very much smaller percentage of the people crystallize wishes, desires and hopes into belief, and then into burning desire, and finally faith. This percentage is estimated at 4%.

Sixth: And last, a very small percentage of the people take the last two steps, putting their faith into action by (1) planning and (2) acting to carry out their plans. This percentage is estimated at only 2%!

”The outstanding leaders in every walk of life are the ones in the sixth
group. They recognize the power of their own minds, take possession of that
power and direct it to whatever ends they choose. To these people the word
“impossible” has no meaning. To them, everything they want or need is possible–
they manage to get it. The only trait which differentiates them from most of
the others who accept failure as their lot, is that they recognize and use
their mind-power for the attainment of the circumstances and things they
want while the others do not.”

How to open up possibilities, wishes, desires, hopes, beliefs, faith, and action, and start moving into the world of success?  Start with gratitude…every day.  This is a great time, around the Thanksgiving holiday, to start building your “gratitude muscles”, and opening up your heart, mind, and faith to possibilities.  Gratitude takes our focus off our “don’t haves” and gets us excited about what we DO have, ever-so-gently nudging us into the world of abundance thinking.  Once we start residing there, we start naturally resonating with possibilities, wishes, desires, hopes…and a chain reaction, an “abundance evolution” starts within us, which grows into beliefs, faith, and action.
So, this Thanksgiving, start the daily, conscious habit of gratitude (each day, Oprah lists 5 things that’s she’s grateful for—if she has time to do this, you do, too!)  Yes, every day!
Wishes, desires, hopes, beliefs, faith, and action…where are you?  Start your journey to action (and success!) with gratitude.  Then, next Thanksgiving, see how much more successful you not only feel, but truly ARE.
With Gratitude for You, and So Much More–
Lynnea
« Gratitude, Thanksgiving and Abundance! » 30 things to Stop for 2012 Success!