Our Gifts, Our Value and Our Dreams

As we experience the Holiday season and approach the start of a new year, we often reflect on what the past has brought us, and wonder about the future.
The truth is, no matter what you’ve experienced, or where you are now in your life or business, you can still hold on to your dreams and to the deep value of who you are.  Here’s my gift to you, via John Maxwell, one of the most famous leadership writers and teachers in the world.
And don’t forget my two free gifts to start your 2015 on a powerful path.  Find out more on the “Achieve Your Dreams” webinar and free book here: http://www.pathwaytoprosperity.org/
Wishing You Happy Holidays,and Many Blessings!
~~~~~~~~~~~~~~~~~~~~~~~~~~~~~~~~~~~~~~~~~~~~~~~~~~~~~~~~~~~~~~~~~~~~~~~~~~~~~~~
John Maxwell—Re: Nelson Mandela–Our Cell Does Not Define Our Value
Almost two years ago, on a trip to the African continent, I was privileged to speak in Cape Town, South Africa. While there, I received a very meaningful gift from my friend Shaun Battleman: a visit and private tour of Robben Island.
If you haven’t heard of Robben Island and the prison that used to be there, you might have heard of one of its more famous prisoners: Nelson Mandela. You might also be familiar with this picture of him in his jail cell, where he spent many years of his life for the “crime” of protesting South Africa’s policy of apartheid.
On a sunny spring day in Cape Town, we boarded Shaun Battleman’s yacht and traveled over to Robben Island. After disembarking, we were taken on a private tour of the facility (which is now a museum). Our tour guide, Jama, had been imprisoned there at the same time as Mandela.
Once we entered the former prison, the doors were slammed shut – to give us a sense of what it felt like to be locked in. We saw the area where prisoners were issued a number and lost the use of their name, along with the censor’s office, where news from loved ones was literally cut out of letters.
Most significantly, we visited Nelson Mandela’s cell – the one in the picture above. The furnishings consisted of a bucket, a stool, and a “bed” that was really just a mat on the floor. Jama allowed me to unlock the cell door and enter the space that had been “home” to Mandela for so long. First, I lay down on the mat – it was very uncomfortable, as you might imagine. Then I looked out the cell window onto the prison yard, just like Mandela did above. And I was overcome with emotion, inspired by Nelson Mandela’s courage and commitment. For you see, he never stopped fighting apartheid, even while imprisoned.
He and fellow prisoners, who were not allowed to interact, met in the one place in the whole prison where the guards left them alone: the cave that they had to use as a toilet. Because of the smell of the cave, the guards would not go in. So it was there that Mandela and his fellow prisoners discussed the future of South Africa.
Released in 1990 after the dismantling of the system of segregation, Mandela went on to serve as first president of the new South Africa from 1994 to 1999. And after retiring, he continued to serve his people. He’s now almost 95 years old, and one of the leaders that I admire most who I haven’t been able to meet. I don’t know if I’ll ever get to meet him, but I can tell you the lessons I’ve learned from him. This is what I took away from my visit to his prison:
The writer in the Bible’s book of Proverbs wrote, “A man’s gift makes room for him.” Nelson Mandela had no room in his cell, but his gift could not be contained. In time, his gift made room for him to lead and bless his country. 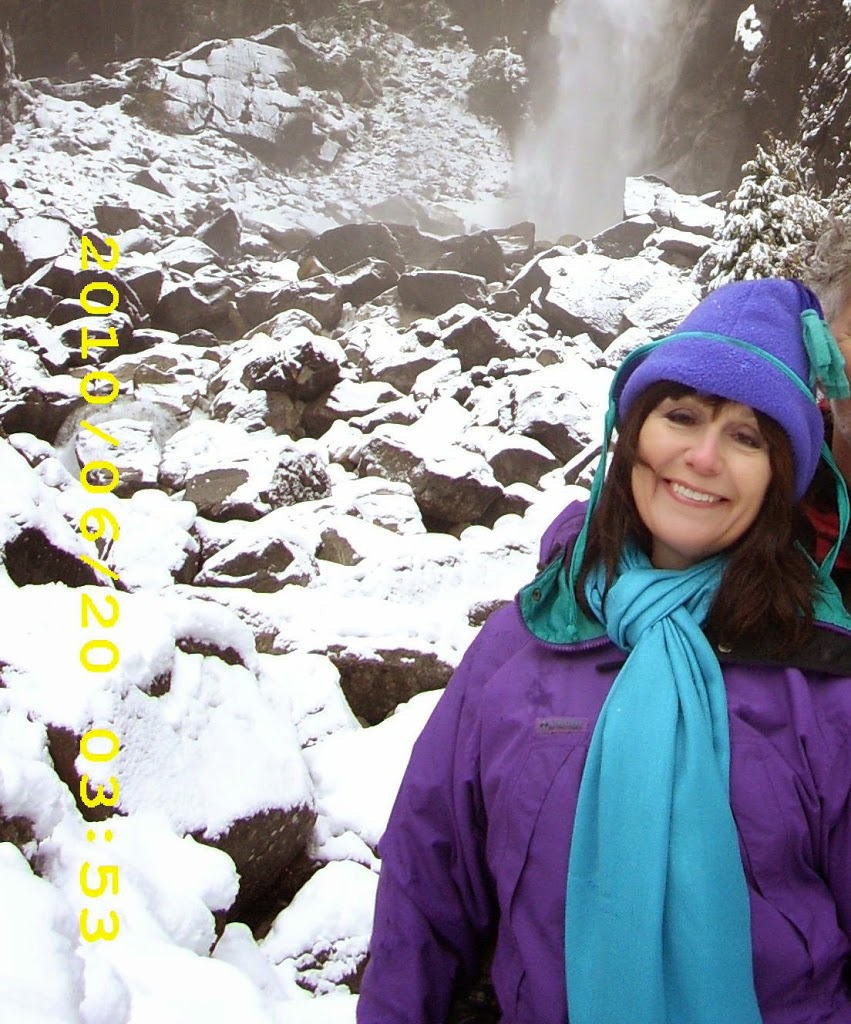 Happy Winter, Happy New Year!
To Your Abundance,
Lynnea
« The Pervasive Power of Gratitude » A Recipe to Release the Old, Bring In the New