An Exercise for Powerful Change

Marshall Goldsmith was my first guest on “Abundance Leadership” Radio.  Not only is he incredibly gifted and wise, but he’s great fun to talk to.  His article from Harvard Business Review earns special marks for a “must read”. 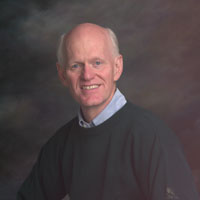 An Exercise in Changing Yourself ~
By Marshall Goldsmith*

When I first began my career as an executive educator, I challenged my clients to pick one to three behavior patterns for personal improvement. Now I realize that three patterns were too many.
The problem was not a lack of motivation or intelligence — the problem was that they were just too busy. I teach my clients now to pick the one behavior pattern for personal change that will make the biggest difference, and to focus on that. If we pick the right area to change and actually do so, it will almost always influence other aspects of our relationships with people. For example, more effective listening will lead to being more successful in building teamwork, increasing customer satisfaction, and treating people with respect.
A Wonderful Exercise

My friend Nathaniel Branden is a psychologist and the author of about 20 books. He has a wonderful exercise that helps people isolate the pattern that makes the most sense to change, because it helps people figure out the benefits of change. This is how he helps people decide whether change is worth it: Five to eight people sit around a table, and each person selects one practice to change. One person begins the exercise by saying: “When I get better at…” and completes the sentence by mentioning one benefit that will accompany this change. For example, one person may say: “When I get better at being open to differing opinions, I will hear more great ideas.”

After everyone has had a chance to discuss their specific behavior and the first benefit, the cycle begins again. Now each person mentions a second benefit that may result from changing the same behavior, then a third, continuing usually for six to eight rounds. Finally, participants discuss what they have learned and their reactions to the exercise.
When Branden first explained this exercise to me, I was polite, but skeptical. I couldn’t see the value of simply repeating the potential benefits of change over and over. My skepticism quickly went away when I saw the process work.
Moved to Tears

Nathaniel and I were facilitators at a large conference that included many well-known leaders from corporations, nonprofits, the government, and the military. The man sitting next to me was a high-ranking military leader directly responsible for thousands of troops. He also was extremely judgmental and seemed to be proud of it. For example, when conference participants discussed the topic of character, he said: “I respect people with real character — and organizations, like mine, with real values. I don’t believe in this situational crap!”

When we began Nathaniel’s exercise, our military friend chose: “When I become less judgmental…” as his behavior to change. I was skeptical about his sincerity and thought his participation in the exercise would be interesting to observe. True to my expectations, the first time around he coughed and grunted a sarcastic comment rather than talk about a real benefit. The second time around he was even more cynical. Then something changed. When he described a third potential benefit, he stopped being sarcastic. Several rounds later, he had tears in his eyes, and said: “When I become less judgmental, maybe my children will speak to me again.”

Since that day, I have conducted this exercise with several thousand people. Many start with benefits that are “corporately correct,” such as: “This change will help my company make more money,” and finally end with benefits that are more human, such as: “This change will make me a better person.” I will never forget one hard-driving executive who chose: “When I get better at letting go” as the behavior he should work on. His first benefit was that his direct reports would take more responsibility. His final benefit was that he would probably live to celebrate his 60th birthday.
Try It for Yourself

Now it’s your turn to pick a behavior pattern that you may want to change. Complete the sentence: “When I get better at…” over and over again. Listen closely as you recite potential benefits. You will be amazed at how quickly you can determine whether this change is worth it for you.       (Originally published by Harvard Business Review.)

*Dr. Marshall Goldsmith has authored 28 books including What Got You Here Won’t Get You There – a New York Times best-seller, Wall Street Journal #1 business book and Harold Longman Award winner for Business Book of the Year.

Achieve More, Faster (and save money!) With Your PC-based Vision Board

This is the best Vision Board system I’ve ever seen–powerful, beautiful, inspiring (it even includes music!) Now it’s avaialbe at 50% off—AND there are bonuses!  Check it out:

When you invest in your copy of Vision Board Studio (VBS) during this month of MARCH,you will receive the complete Vision Board Studio Package, including the life changing Vision Board Studio software, the “Vision Juicing Handbook” and the excellent ”Six Week Challenge Workbook”, PLUS you will also receive –absolutely free of charge– 6 powerful weekly Webinar sessions of coaching and guidance from our very own Co Founder Linda Boertjens AND Coach Dotti Berry, jampacked with all the knowledge they built up during their years of experience in the field, ALL for just $97!!!

YES, they are extending their fantastic Special offer of VBS at over 50% discount AND topped it up with access to a fantastic, all new Webinar series, taking the Vision coaching to a whole new level. I’m sure you will agree that this is an *incredibly* valuable offer. This is the BEST offer they have EVER made available and YOU get to benefit from it!


Here’s some more information on the valuable new webinar series that will be part of the offering during March:

In April, we start a unique “6 Week Vision Board Challenge” Webinar Series that will coach you in each and every aspect of creating an effective Vision Board. No one less than Peak Performance Business Coach & Digital Marketing Strategist Dotti Berry and our very own Co-Founder and Visualization expert Linda Boertjens will *personally* guide you LIVE through the Six Week Challenge that is part of the VBS. Each week, they will take you by the hand and discuss the crucial steps in the Vision Board creation process, so that you feel guided and clear each and every step of the way. This Webinar perfectly complements the Vision Board Studio and will bring it to life in the best way possible.  It will launch you straight into creating the most powerful Vision Board ever, assisting you to create the life you desire.
See more here, or get this fantastic offer by clicking:
http://www.visualizeyourgoals.com/cmd.php?af=1270157

Business success–What’s love got to do with it? Everything! check out my article for today! http://ping.fm/G8VQ3 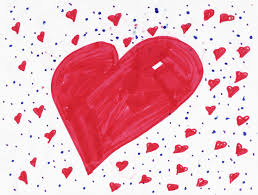 When it comes to the elements of business success, most people don’t think about love.  When I bring this topic up (cautiously, I might add), I can almost hear the Tina Turner song, “What’s Love Got to Do With It?” playing in the background.  But love is essential in business, as it is in our personal lives.
Yeah, I know that love is a “touchy-feely” word, but I’m going to stand my ground here and state that without bringing love into your business, you’re sunk…or at the best, stuck.  Stay with me here, as I examine what is needed for a business to go beyond surviving– to thriving.
You, your customers and clients, and your employees all need to the same things—to have your needs taken care of, to be heard,  to be respected, to be treated with integrity, and to know that you are cared about.  When you look at these elements, they’re parts of what we call “Love”.   Your employees and your clients are the “life blood” of your business, as it were.  Just like you, they don’t check who they are as human beings “at the door” when they are in their professional environments.  And as human beings, the deepest calling of our hearts is to be loved.
The ugly truth is that, according to research by the Gallup organization and the US Labor Bureau, the main reason that employees leave a job is because they don’t feel cared about…the same reason that clients leave businesses.
So love your employees, love your clients, serve them by wanting for them what you want for yourself, and you will find that your business AND your life will be much richer.
Love,  Lynnea 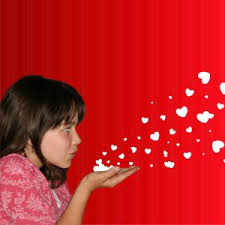 Learn to live & work on purpose, with passion, & be more successful. http://bit.ly/hTzhfd

You can never do an act of kindness too soon, for we never know how soon it will be too late.

January is “National Be On Purpose” month! Start more fully living YOUR purpose, your path, your power this Friday! http://bit.ly/hTzhfd